We have news about 3 elections that took place in September-October and the 3 more that are to take place in December. 8 elections are planned for 2017. 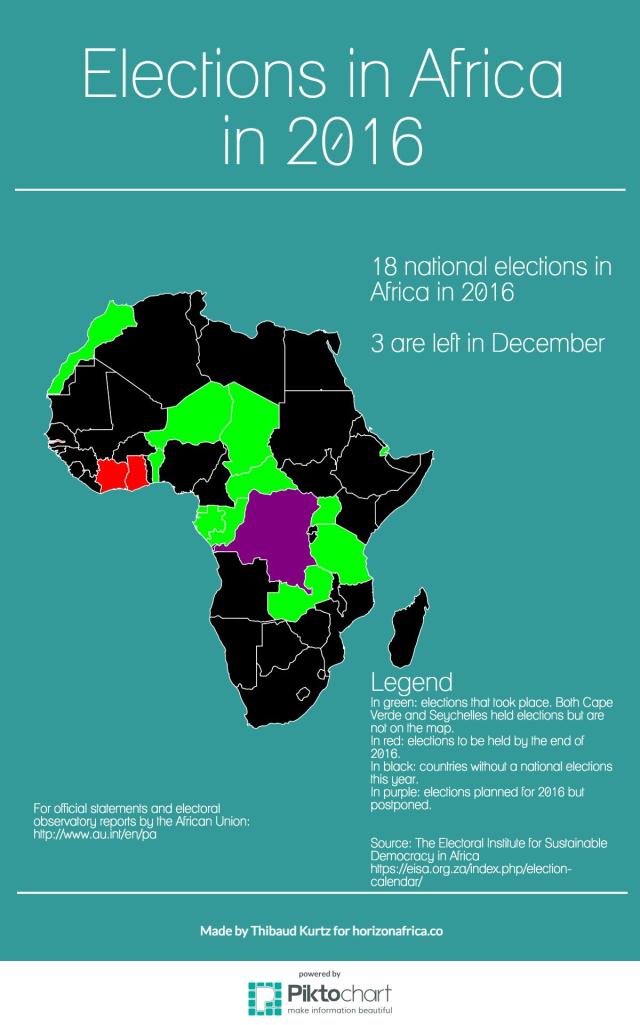 After the victory of the then-opposition in September, James Michel, the then-President, had promised to stand down on October 16, 2016. He did. His former Vice-President, Dany Faure has become the new President. He should remain so for the rest of the term, until 2020.

The final results of the October 2nd elections gave the re-elected President Jorge Carlos Fonseca 74% of the votes.

The parliamentary elections were held on October 7, 2016. The Justice and Development Party (PJD) led the results and won 125 seats out of 395. The PJD is expected to form a coalition.

Elections left to happen in 2016

The Presidential election is due on December 1st, 2016.

Ghanaians are expected to vote on December 7, 2016 to elect their MPs and their President. A second round is planned for the Presidential election on December 28, 2016.

The date of the Parliamentary elections has been announced. They are due on December 18,2016.

The elections are expected in 2018.

There are 8 national elections planned for next year in Somaliland, Kenya, Senegal, Sierra Leone, Rwanda, Liberia, Gambia and Algeria.